Robotics Merit Badge – From space probes to underwater exploration, from medicine to manufacturing, from law enforcement to search and rescue, robots are highly useful in people’s lives today and will be an even bigger part of our lives in the future.

Robotics the technology of designing, building, and operating computer-controlled robots is a large and growing field.

The uses for robots seem almost endless. In agriculture, robots cultivate and harvest fields. In the mining industry, robots do the dirty work on digging and hauling mineral deposits.

In microelectronics manufacturing, robots perform precision assembly work where parts must place exactly in making components. In medicine, robots perform delicate surgery around nerves, on the eyes, and on other vital organs.

The Four D’s of Robotics

Robotics tasks generally fall into four categories that humans do not want to do or don’t do well. These are known as the four D’s of robotics:

The first robots appeared hundreds of years ago and were not called “robots.” They were entertaining mechanical toys that used clockwork or mechanical programming.

They could do complex tasks using gears and latches like a player piano can play music without a musician. The Japanese Karakuri ningyo toys of the 1700s or Leonardo da Vinci’s 15th-century design for a mechanical knight are examples of early robots.

The term “robot” was first used in 1921 in the play R.U.R. (Rossum’s Universal Robots) by Czech playwright Karel Capek. Robota is a Czech word that means “forced labor.”

The story is a familiar one: An inventor builds robots that turn on their human masters. The science fiction writer Isaac Asimov is also credited with inventing the term “robotics” and developing the concept of robots as intelligent machines in his book I, Robot.

In the late 1950s the field of artificial intelligence (AI) was born. An important field for robotics, AI is the study of ways to program a computer or machine to re-create the reasoning, deduction, and problem-solving abilities of humans and animals.

So far, this field has had only limited success in matching the intelligence of animals, not the higher-thinking abilities of humans.

The abilities of early mechanical devices only hinted at the eventual potential of robots.

A major focus of AI is understanding the differences between machine computing and human thinking.

Machines can recall data and compute math equations far quicker and more accurately than humans. They can also be made more rugged than humans, so they can go places we cannot.

People, however, are creative and can recognize patterns more rapidly than computers or robots can. People generally enjoy being creative and looking for patterns. We do not need or want robots to do that for us.

The first industrial robot, Unimate, was installed in a General Motors manufacturing plant in 1961.

The Puma series of robots soon followed the Unimate onto the manufacturing floor. These robots kicked off the industrial robotics revolution seen in manufacturing today.

They do jobs that are too dangerous or too dull and repetitive for people. They are also faster and more accurate than humans.

Because of the gains in speed, accuracy, and efficiency, robots can reduce the overall cost and increase the quality of manufactured products.

Robots have become our eyes and ears in new worlds. Robots can be made more rugged the humans. They also do not mind being sent to distant places, possibly to be destroyed and never to return.

Robots have explored the extreme depths of our oceans and the farthest reaches of our solar system. Jason Jr. is an underwater robot that helped to discover and explore the sunken Titanic in 1986.

NASA scientists and engineers have used space robots to explore the sun, comets, asteroids, and planets of our solar system. In 2004 the rovers Spirit and Opportunity landed on Mars.

They were designed to last 90 days in the harsh Martian environment; seven years later, they were still going!

For years people have dreamed of owning a robot to do their dull and dirty jobs. The Roomba, a robotic vacuum cleaner introduced in 2002, has become the most successful of a group of robots known as personal robots.

The Roomba is inexpensive enough that many people can afford one to clean their floors. There are also robot lawn mowers, robot pool cleaners, sentry robots to watch your home when you are away, and gutter cleaning robots.

Sophisticated robot design typically requires the talents and expertise of teams of engineers. There are five fields of expertise in robotics

To do their jobs, robots need to move. They can move in many different ways. Some need to move only mechanical arms or grippers. Others need to be fully mobile, able to travel from place to place.

The parts of the robot that create motion are called actuators. There are many types of actuators used in robots including motors, servos, and pneumatic cylinders.

For locomotion robot you can read on robotics merit badge pamphlet.

Besides moving from place to place, robots need to manipulate objects-pick up, modify, or otherwise move or have an effect on objects. There are many types of manipulators and effectors.

Some people refer to the hand of a robot as an “effector” or “endaffector” and refer to the arm as the manipulator. Many robots have interchangeable end-effectors so the robot can be adapted to different uses. In a car fac tory, for example, the same manipulator might be used to weld a metal seam and to paint the car. The only difference is that each job uses a different end-effector.

A robot generally has an onboard computer that controls it. This requires writing a program in the language the robot speaks. You are probably familiar with many computer programs: word processors, spreadsheets, and presentation software, for example.

Programming is the process of creating these programs: writing software in the computer’s language.

For robots, programmers can use various computer languages. An interesting one often used in artificial intelligence applications is LISP; it can learn from its surroundings.

A robot must constantly ask, “Where am I? Where do I need to go? What is in my way?” To answer these questions, the robot uses sensors, which do many of the same things that human senses do.

Robots use cameras for eyes and microphones for ears. They use bump sensors to touch. They have temperature sensors to “feel” heat or cold. Other special sensors go beyond human senses.

From deep seas to deep space to your closet at home, robots are everywhere. Only a few of the possible career paths are discussed here.

Starting a career in robotics begins right now. Take as many classes as possible in math, physics, computers, and design. Get as much practical, hands-on experience as possible by participating in clubs or organizations pertaining to robotics or engineering

You will need more than a high school degree to work with robots. If you want to be a robotics technician, many junior or community colleges offer robotics and automation associate degrees.

Robotics technicians operate and maintain the robots; if you want to design robots you will need to get an engineering degree.

Most people who seek a career in robotics major in mechanical, electrical, structural, biomedical, or industrial engineering or computer science.

These degrees will prepare you to be able to design several components of a robot system. To design a complete robot you need to know more than one of these fields.

Most robotics engineering programs today are graduate-level programs that integrate several engineering disciplines. Nevertheless, there are man opportunities around robots these days.

Exploration is a prime field for robotics, to reduce the risk to humans working or living in extreme environments such as the deep ocean or space. Such hazardous environments present ideal conditions to use robots.

2. The Military or Law Enforcement

As firemen and police officers become more familiar with robots, the demand for them will increase.

Robots have utterly revolutionized how soldiers fight wars. There are a growing number of flying, swimming, and rover robots used in the military.

The need for robot operators and robot designers in the military is likely to grow quickly in the near future.

Medical robots are rapidly changing the field of medicine. More and more robots are being designed to support doctors in all aspects of their work.

Robots are being used to analyze test data and identify DNA defects much faster than in the past.

Lighter materials and more compact mechanisms have greatly improved artificial limbs, giving amputees the opportunity to live a more normal life.Robots also are being used in the operating rooms.

leoperated systems give surgeons greater control over their instruments Surgeons can now do delicate operations on the eve prostate, and other small organs they only dreamed about operating on a few years ago

These same robots make it possible for doctors to perform surgeries over long distances.

By connecting a surgical robot to the Internet, a doctor in Los Angeles can do surgery on a patient in New York Nanotechnology, with its extremely tiny machines, is transforming medicine by decreasing or eliminating the need to cut into a patient.

In industry, robots that work on assembly lines are built and programmed to repeatedly perform specific tasks, resulting in quicker production and more consistent quality.

Obstacle avoidance becomes important in robotic transportation when the risk is high for humans or the job is routine enough to delegate to an autonomous robot, thus leaving the human free to do other things.

Besides robots for government and business work, there is a growing number of personal robots to do our dirty work like vacuuming the floor or cutting the grass.

Many more robots need to be developed to address other needs that we have. There is and will continue to be a great need for robot operators and robot designers for years to come 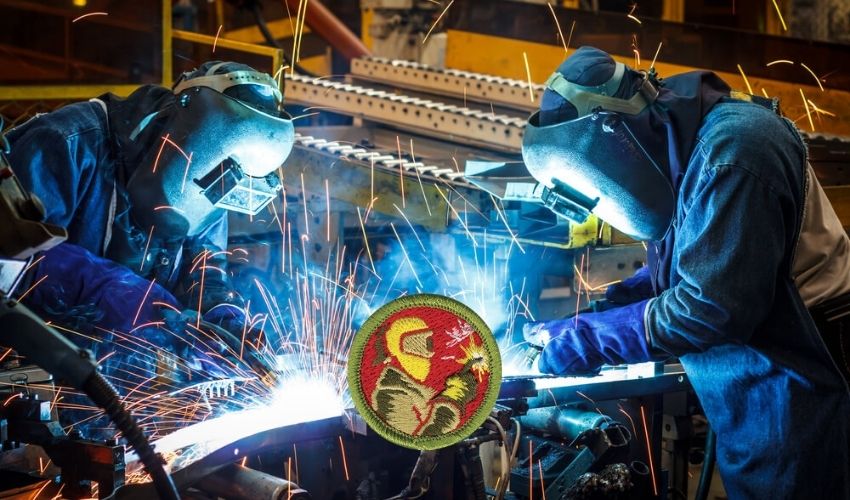 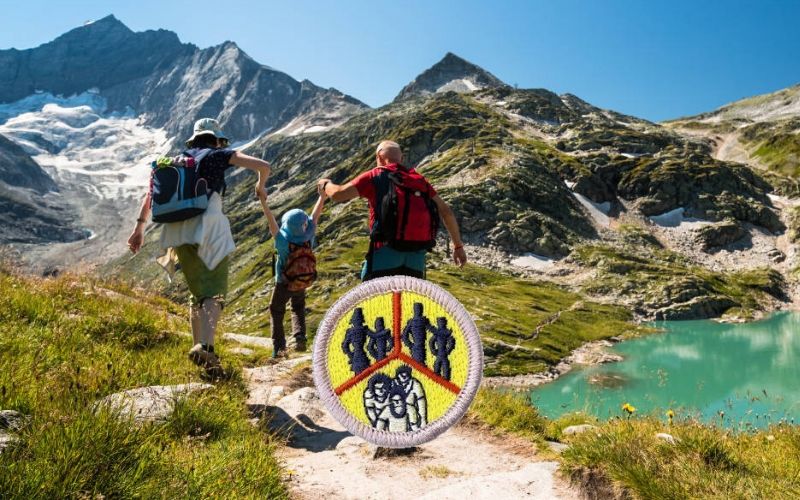 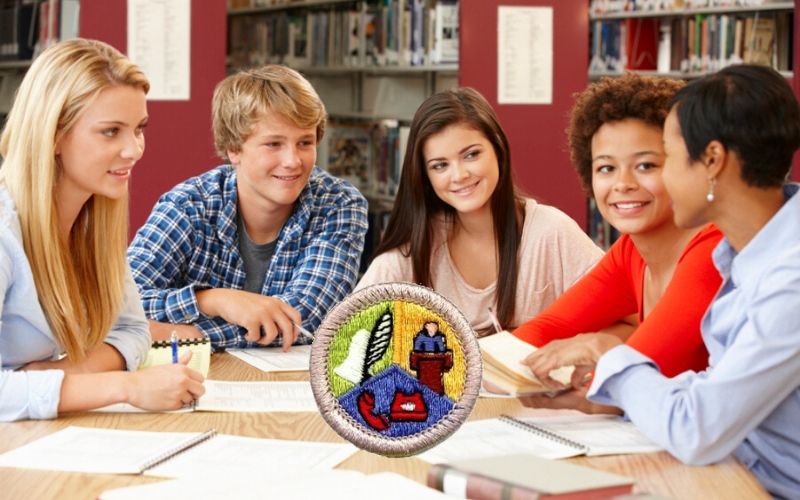 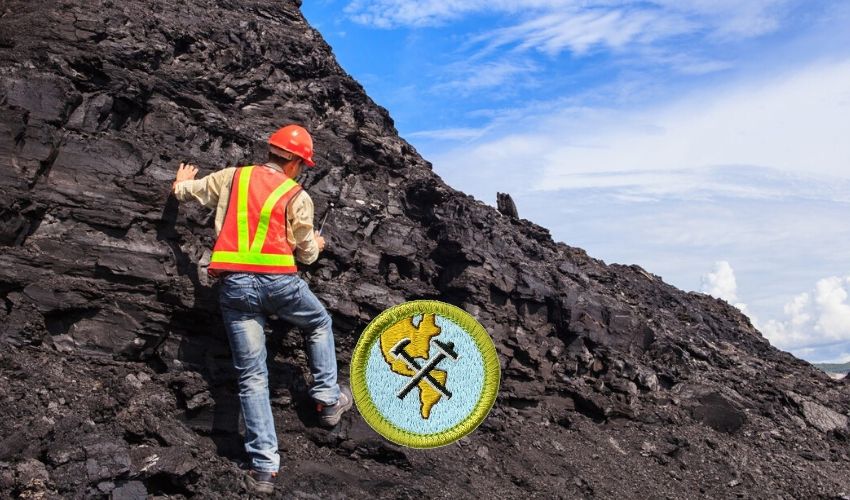